4 of the Coolest Startups from SXSW 2016

SXSW is a unique event that brings artists, filmmakers, entrepreneurs and a full gamut of ambitious and passionate creatives together to show off their ideas.  There were plenty of great ones shown this year and here are just a few of the standouts.

What was once an incredibly rare event that could only best be viewed in the middle of nowhere will soon be one easy order away thanks to ALE and their Sky Canvas project. They’ll launch a specialized satellite with “source particles” onboard that will be launched into the atmosphere and become shooting stars as they descend. The Sky Canvas team has promised that multiple particles can be launched at a time, thus allowing them to create full meteor showers, as well. You’ll be able to order your very own shooting star spectacle by 2018, according to their predictions.

Leaving notes at home for other to find isn’t very personal, but Otopot flips the concept on its head. It’s designed to look like a jar and makes memos much more interactive. Lifting the lid and speaking into it will cause it to record the message you want to leave. Shaking it will elicit a splashing sound to signal that there is an unread message inside. Removing the lid again will make the message play and when it’s time to record a new message, “pour out” the old one to record the fresh message. The otopot isn’t just limited to its own pot, though; the inner core can be removed and placed in any object with a lid. Leaving messages for your loved ones has never been so intuitive.

Playing with stuffed animals is for kids, but what if they could talk and interact? Pechat is a bright yellow button that can be pinned onto any stuffed toy and acts as a microphone that parents can use to make the animal “talk” with their child from their smartphones. A list of pre-made phrases and stories are available within the dedicated app as well as a host of other features. Simply tap one of the options and the child will experience the novelty of hearing their toy come to life. Other features include text-to-speech in addition to the installed phrases, a cry detector that will alert the parent on their smart device when the child is crying, and a voice modulator that will change the parent’s voice to Pechat’s voice.

MESH is designed to “Make, Experience, and SHare.” With 7 distinct physical modules called Tags, you can create unique ways for them to interact using your smartphone. For example, you can tell the LED Tag to shine an orange light when you receive a new email and then a blinking blue one when someone or something triggers the Motion sensor Tag you put by your front door. Other Tags include a brightness sensor, a motor, and a button module among others. Each one can be programmed to interact with the others in a variety of ways through the simple to use phone app; one example is to connect the Button Tag to the LED Tag in a process called IoT, or Internet of Things. Connecting them together is incredibly simple and can lead to an almost infinite number of creative combinations.

Plenty of other groups showed off their tech this year and even more will do the same next year. If any of these projects caught your interest, keep your eye out for these exciting projects in stores (or in the sky) in the coming years 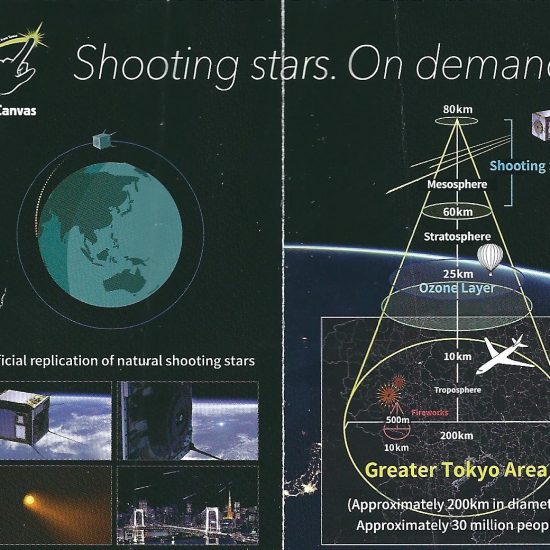