Jason Dodd: Welcome back again. We're here with another episode of Decision Pints. Our guest is David Cleverdon. Our beer of the day is the Payette Brewing Rustler IPA, and our topic is VR in marketing. Cheers to you, David.

David Cleverdon: Cheers to you.

Jason Dodd: So, we've talked before about virtual reality. You've been pioneering research into leveraging the technology for a variety of business benefits. In the marketing sense, what are you seeing, as far as VR being used in marketing?

David Cleverdon: Well, if you think about it, companies and brands are always looking for a way to differentiate their brand, their product, their service.

David Cleverdon: VR can do that because it actually connects a viewer to that scenario-based brand or product in a way that's never been done before. So, if you think about it, the ability to put somebody in the middle of something, so they can understand why they wanna purchase a good or service or why they wanna pay attention to a brand, it's extremely powerful.

And from a, let's say, for a tradeshow application, these little goggles, which are very cool, they can be branded with a particular logo, and they're about, in a volume buy, about $3.00 apiece. So, you can literally give somebody something that they can experience a product in the palm of their hand, pop it out, pull the cell phone out of their pocket, and marry the two. And suddenly, they have an experience that they've never done before.

And, frankly, if you think about the value of marketing when it comes to press and press releases and news, all you have to do is put VR in front of something, and it's newsworthy, and that's where we are right now. We see it on national TV. We see it in sports heroes, putting goggles on. We see rock stars and movie stars. Everybody wants to get into the VR game because it's so new and it's so exciting.

Jason Dodd: Absolutely. And so, you are delivering VR content in a variety of ways to users.

Jason Dodd: You mentioned at a tradeshow being able to hand out that's somewhat inexpensive and give that immersive experience to a visitor. But you're not just delivering this one 360-degree environment. You're actually delivering 2D, you're delivering imagery, you're delivering a comprehensive multimedia experience from the device itself, which is amazing.

David Cleverdon: That's right. And it's not only – you know, a typical delivery mechanism is via an app, so it could be IOS, Android, Gear VR. But just in recent history, we're starting to see WebGL and what is now called WebVR coming out, so that all somebody has to have is a webpage, and they can experience VR content.

They can ride a motorcycle and understand why to buy a particular model. They can take – instead of going down to a dealership and test-driving ten different cars, they can do that preliminary work via virtual reality, via VR, and then they can go test-drive one or two vehicles that they actually know that they'll love. And so, they short-gap their time; they short-gap the time that is spent with the salesperson trying to help them narrow down that choice. That's all what virtual reality can bring to the marketing business.

Jason Dodd: Which is awesome. I think my wife wouldn't really love the Cancun vacation without the real deal following it up, but nonetheless, to be able to experience that firsthand before you go and choosing which resort you stay at is pretty powerful.

Now, you mentioned the mobile apps and mobile app development for the delivery of this VR content. Let's talk a little bit more about that. What would a typical mobile app experience look like for a VR scenario in the marketing world?

David Cleverdon: Well, it's pretty simple. So, you can take your phone, and you might have a QR code at a tradeshow. You pop it; it automatically loads the app onto your phone. You take your giveaway item here, and you literally put the phone in the front of it. And at that point in time, you can go in and experience that product or that service or that location or that particular brand in a way that you're actually there.

And that's the magic of virtual reality. When you can actually connect to a brand or to a product in a way that you experience it, it's a whole different way of reaching out to people than perhaps just a video or a brochure or something that's commonly in a traditional form been done.

Jason Dodd: True. And now, moving from the mobile app scenario to a web world, when you're looking at delivering VR content through the web, what are some website design considerations or other items you need to be aware of to successful deploy that content?

David Cleverdon: Well, WebGL right now or WebVR is in its infancy. There's no doubt about that. It's extremely aggressive in the development. We've seen, even in the past three months, we've seen tremendous strides in the ability to be able to portray VR content within a web environment. It takes integration in browsers. The browsers have to come up to speed. That's gonna take a little bit of time.

But stepping through the process of being able to hit a website, that's really the holy grail because downloading an app is wonderful, and you can do so many things with an app, but for somebody just like right now, you hit a website, you go look at a pretty picture, you go look at a video. Think about going to a VR experience in that same level of convenience. And that's going to be maybe three months out, maybe six months out, but it will be here sooner than we think.

Jason Dodd: And it's amazing because the amount of information that's being delivered through the phone kind of seems like a culmination of a variety of technologies, not only the WebVR, the browser that is running within, but the network and speed and bandwidth that's serving it.

To be in this time is a pretty special opportunity to have the convergence of factors that allow you to develop and deliver this tremendous content that brings the experiences to those that are interested in learning more about a brand.

David Cleverdon: You know, in 2016, the hottest-selling Christmas item was this, was an inexpensive VR goggle that parents could buy for their kids or buy for themselves for $35.00 to $40.00. In 2017, we're not only going to see that, but we're going to see that number exponentially increase as people realize the power of VR.

And so, more and more people that start to accept VR as a way of entertainment or gaming, you're gonna start to see them integrate the value of marketing, of having brands promote themselves in a way that frankly they haven't been able to do before, reach out to people in a way to make them experience the power of whatever they're promoting, and we're gonna see it. It's just in its infancy, but it is absolutely – it's growing.

Jason Dodd: So, what do you say to somebody that says, "Hey, I want to explore VR. I have a company. I have a brand. I have a budget. I don't know what to do next," what are the appropriate next steps to take?

David Cleverdon: Well, first of all, you talk about the – VR works best when it's a spatial awareness. To tell me how to operate a phone, that's not really great for VR. To take me to a place, to a location, to experience something that it's all around me, that is what's great for VR. So, that's why hospitality and travel and tourism is going to be some of the first major industries that VR marketing will approach.

If you look at being able to test-drive a motorcycle or a car or an RV, if you look at some of the things that will take us into places that we may not be able to experience, but we can through the magic of VR, those are going to be the first and foremost.

Augmented reality is going to be coming on the heels of VR, when you can actually go into a little bit more detail because you're overlaying the graphical or virtual world over the top of the real world.

So, it's an exciting time, but I would say that you're gonna see the – you're gonna plan your vacation by virtual reality in a short future.

Jason Dodd: Oh, excellent. Well, this has been an exciting conversation. We appreciate you being here. We look forward to learning more, and I know we'll be talking again about augmented reality, about more VR enterprises.

David, thank you so much for letting us use your studio, hearing about all these amazing things you're up to. We look forward to the days ahead. Cheers.

Jason Dodd: All right. Thank you. 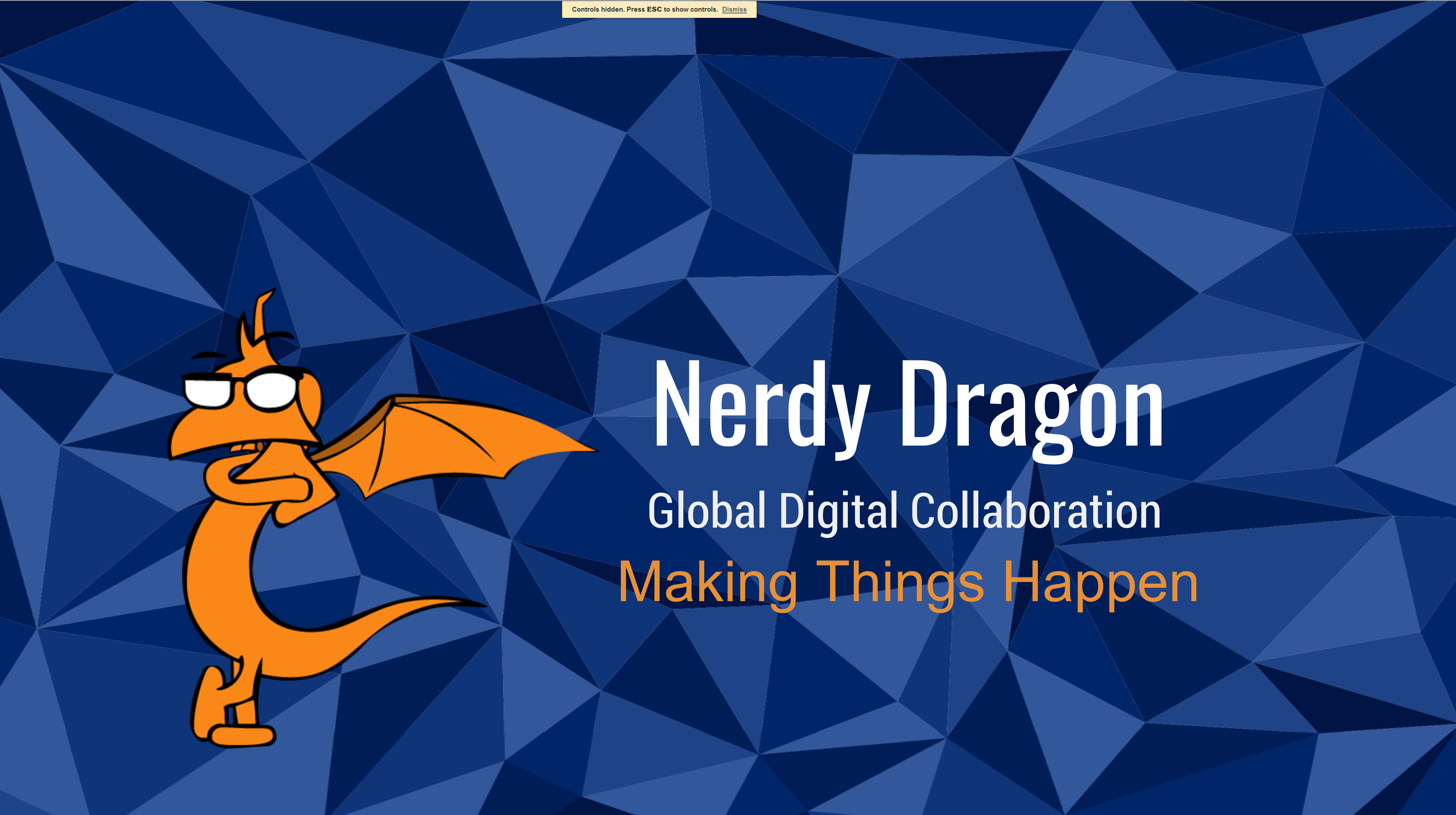